We've had two gigs at the club this month, kicking off with Reg Meuross and then - for a special one-off concert - Alan Bell and his band.

Alan performed on October 18th and it was a terrific night, more than 50 people cramming into the Pavilion to see a man who is a master at his trade.

Despite being in his 80s, Alan is still writing new material and treated the audience to songs off his recent album, The Cocklers, as well as probably his most well-known song, Bread and Fishes (a number one hit in Ireland no less).

Reg Meuross arrived in town on October 7th and kept us entertained for close to two hours with a string of songs, all self-penned. He was also very entertaining, telling some cracking stories in between the music - including the tale of how he was hired by an American lady who wanted to learn how to write a song. Reg was flown to the US and stayed in a beautiful mansion for a couple of weeks ... not bad work if you can get it.

Onwards and upwards now into November, when Drop The Floor come to St Annes.

The four-piece band from Clitheroe played the club last year to a sell-out crowd and went down a storm. They are brilliant instrumentalists and, better still, down-to-earth lads who are instantly likeable.

The gig is well on the way to being another sell-out again this time round, so don't wait too long to reserve your tickets. 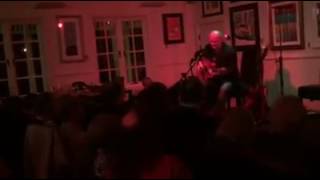 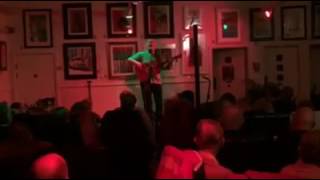 If you missed him, here's Keith Donnelly

If you missed him, here's Keith Donnelly